An Update on Apple AirPort Express

If you are a geek and want to be a cool geek, Griffin Technology and Apple Computer have the just thing for you. The new Griffin AirBase allows you to put Apple’s Airport Express right on top of your desk instead of hidden away in the wall power socket. Once in full view, it will be, according to Griffin, “an elegant artistic statement.” The Airport Express lets you set up a Wi-Fi hot spot so that you can move your laptop around your home (or wherever) and still be connected to the Internet and your printer. Griffin’s marketing plan isn’t based only on aesthetics: When the Airbase is up on your desk and away from a dusty corner, it will increase the effective range of the Airport Express. Our concern is that it will also increase your radiation exposure. We realize that it is a low-power transmitter (with an output power of about 30 milliwatts at 2.4 GHz, giving it an effective range of 50 to 150 feet), but, given all the uncertainties, do you really want it broadcasting into your face whenever you are sitting at your desk?

Last summer, we tried to find out how much microwave exposure a user might get from an Airport Express. We sent a query by e-mail to Tom Neumayr at Apple’s press office. No answer. About a week later we sent a second request this time to Natalie Sequeira, another press aide. No answer. Three weeks later we made one last stab and wrote to Steve Dowling and Todd Wilder in Apple’s corporate media relations department. Again, no answer. We got the message and we turned to other projects. But it all came back when we saw a puff piece on the AirBase in the Circuits section of yesterday’s New York Times: “Now, AirPort Express owners who want to show off the routers have an option…”

Fifteen years ago, Apple executives favored the same head-in-the-sand strategy. They assumed that they could ignore growing public concern over radiation emissions from computer terminals. Their complacency came to a sudden end when Macworld asked in a July 1990 cover story “HEALTH HAZARD: Could Your Computer Be Killing You?” Soon afterwards, David Nagel, an Apple VP was testifying before a Congressional subcommittee assuring Rep. James Scheuer that Apple had a responsibility to look “at ways of reducing emissions from products.” Nagel went on, “We have a role to play in sponsoring research with the government to understand the effects and how to control them.”

But this has now been forgotten and the lesson will have to be learned all over again. In the meantime, why not leave the AirPort Express in that dusty corner. 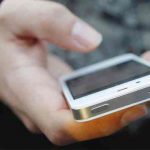