My comments:  This superior court ruling enables the discovery phase of the trial to begin. Perhaps, we will soon learn whether the wireless industry has been covering up knowledge of the health risks of mobile phone use.

The insurance industry has refused to provide product liability insurance on cell phones primarily due to this concern as they fear that cell phone litigation may turn out like tobacco or asbestos litigation did with huge punitive awards.

My most recent press release, “FCC: 98 Scientific Experts Demand Stronger Regulation of Cellphone Radiation” makes the case that the scientific community has known for many years about the health risks of mobile phone radiation. The wireless industry, however, has confused government officials and the public by co-opting scientists to support the industry’s disinformation campaign to buy time.

Twenty-nine high-profile lawsuits brought by people whose brain tumors were caused by their cell phones are finally moving toward trial. Six of these cases were originally filed in 2001 and 2002. Many of the plaintiffs are no longer alive.

On Friday, Judge Frederick H. Weisberg, in the D.C. Superior Court, admitted the testimony of five expert witness for the plaintiffs, and the 12- and 13-year-old cases will now move into the discovery phase. Each of the plaintiffs is asking for more than $100,000,000. There are 46 defendants including Motorola, Nokia, AT&T, Bell Atlantic, Cellular One, Cingular Wireless, SBC Communications, Verizon, Vodafone, the Telecommunications Industry Association, the IEEE, ANSI, the CTIA, and the FCC. The plaintiffs are represented by Jeffrey B. Morganroth of Morganroth & Morganroth, a law firm in Birmingham, Michigan.

For over a decade the industry and the plaintiffs have played tug-of-war with the oldest cases, sending them back and forth between federal and state courts, and fighting over whether the plaintiff’s claims were preempted by the Telecommunications Act of 1996.

In 2009 the D.C. Court of Appeals, in Murray v. Motorola (982 A. 2d 764), ruled that the telecommunications companies could not be sued over brain tumors caused by cell phones manufactured after 1996. But since all of these plaintiffs had used pre-1996 phones, their lawsuits were allowed to go forward. They were also allowed to go forward on their claims that the defendants made false and misleading statements and failed to disclose information about the dangers of cell phones. These claims were brought under the D.C. Consumer Protection Procedures Act.

DR. MICHAEL KUNDI, professor of epidemiology and occupational health at the Medical University of Vienna;

DR. VINI KHURANA, a neurosurgeon and professor of neurosurgery at the Australian National University in Canberra;

DR. IGOR BELYAEV, head research scientist at the Cancer Research institute at the Slovak Academy of Science in Bratislava, Slovakia;

DR. DIMITRIS PANAGAPOULOUS, founder of the Radiation Biophysics Laboratory at the University of Athens;

The lawsuits now move into the discovery phase, in which each side is compelled to produce documents and answer questions. This is the first time that the industry has had to turn over data. There will then be a fight over the admission of the testimony of witnesses on “specific causation,” i.e. doctors and others who will testify that these specific cell phones caused these specific tumors.

Friday’s decision by Judge Weisberg allowed 13 of the cases, which have been consolidated in one action, to go forward.  The other 16 cases are being tried separately, but the parties in those cases agreed to be bound by Friday’s decision.

Judge Frederick H. Weisberg who is presiding over 13 consolidated lawsuits against the telecom industry ruled that experts met the Dyas/Frye legal standards and can offer testimony related to injury causation and health effects. The court held evidentiary hearings in December 2013 and January 2014 and reviewed hundreds of exhibits.

Judge Weisberg noted that while the court did not decide the issue of whether cell phones cause brain tumors new scientific studies and information have emerged recently. His order referred to a May 2014 French case-control epidemiological study that found support for “a possible association between heavy mobile phone use” and brain tumors.

Each of the plaintiffs in the litigation suffers from a brain tumor or is suing for a family of someone who died of brain cancer.

Hunter Lundy of Lundy Lundy Soileau & South LLP said “The telecom industry argued for years that cell phone consumer litigants could not produce scientists who could relate exposure to cell phone radiation to tumors. The ruling today refutes that contention and our experts’ opinions having met the Dyas/Frye test are admissible.”

Jeffrey B. Morganroth of Morganroth and Morganroth PLLC said “We now have opinions and testimony from prominent scientific experts that will be admissible and support our clients’ claims that cell phone radiation can cause brain tumors in humans. With this landmark ruling the cases are moving forward to fact discovery.”

Michelle Parfitt and James F. Green of Ashcraft & Gerel LLP said “The evidence presented at the evidentiary hearings months ago only included publicly available materials and did not include any testing data or information in possession of the defendants. We will seek that information as soon as possible.”

The first of the consolidated cases is “Michael Patrick Murray et al. v. Motorola Inc. et al.” Case No. 2001 CA 008479 B in the Superior Court for the District of Columbia. The defendants in the cases are Motorola Inc. Qualcomm Inc. Nokia Inc. Audiovox Communications Corp. and Samsung Telecomm American LLC. 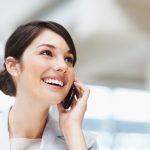 How can you protect your baby from wireless radiation?Useful Articles