Wireless technologies are proliferating rapidly in every aspect of our lives, and while they may be convenient, emerging research suggests that they are also impacting our health, even at levels far below FCC standards. Small, but powerful transmitters in personal devices, routers, smart meters, distributed antenna systems (DAS) and other localized wireless components that facilitate two-way communication all combine to increase our exposure to wireless radiation, also known as “microwave radiation” or “radiofrequency (RF) radiation.”

Long considered to be harmless, low-level exposures to this type of radiation are now recognized as being capable of damaging DNA, interfering with normal brain development, and increasing the risk of certain cancers. Wireless radiation has been classified as a Group 2B carcinogen by the World Health Organization, and even manufacturers of wireless devices have begun warning consumers to keep these devices away from their bodies.

The amount of radiation received from wireless devices and transmitters depends on proximity and duration of exposure. Children, the elderly, people with implanted medical devices and women who are pregnant are particularly at risk.

Radiation is produced by the phone’s antenna, which in most modern phones is embedded in the body of the phone itself. As a result, most phone manufacturers warn users not to hold the device directly against the head, but to maintain a separation of about one inch. See our Cell Phone Card for more information, and read the fine print of the instruction manual that came with your phone. Cordless [DECT] phones utilize similar technology, and the same precautions should be taken when using these phones as well.

Recent lab studies have shown that exposure to cell phone radiation during pregnancy can result in increased behavioral problems in offspring. (Aldad, et al, 2012) Increases in malignant brain tumors, including gliomas, acoustic neuromas and meningiomas have been reported among heavy cell phone users. Connective tissues, salivary glands and other cells may also be affected.

Wireless transmitters (“routers”) should not be used in day care facilities, schools, playrooms and other places where children spend time. If you are pregnant and must use wi-fi at home or at work, do not sit in close proximity and do not position yourself between your device and the router.

Due to the growing awareness of the health impacts of wireless radiation, the deployment of wireless meters by utility companies is coming under increased scrutiny. While these meters may reduce costs for the companies, they bring with them health, safety and security issues that have not yet been fully addressed.

In many areas, demand is growing for an opt-out option for families with young children, women who are or may become pregnant, people with medical devices and other sensitive populations. Legislation is pending in several states to require utilities to offer such an option. Many groups concerned about security and privacy are also opposing the installation of these meters and demanding an opt-out.

If your utility company has not yet installed wireless meters, we recommend sending an opt-out notice to your utility, including the warning that that you will refuse entry to your property for the purpose of installing such a meter. Download a sample letter. 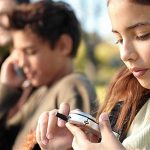 Rwanda: How Risky Are Cell Phones to Your Child’s Health?Useful Articles